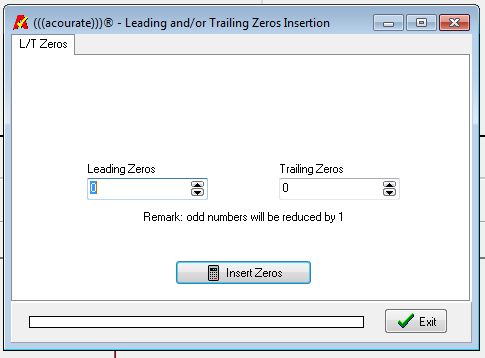 A pulse is lengthened and filled with zeros (silence).

Leading : zeros are inserted at the beginning.

Trailing : zeros are inserted at the end.

An impulse can be extended as required. In contrast, the CutnWindow function is available for shortening.

1. Calculation function: Some calculation steps such as under AD / Amplitude Domain require that two pulses have the same length. We don't want to shorten the longer one because we need the high resolution. That's why we're extending the short one.

2. Filter Compatibility: We have a high pass filter of 65536 taps, but our woofer has & needs a longer filter of 131072 taps. We would now like to bring the tweeter to the same length. We add 32768 Leading Zeros and also Trailing Zeros to the tweeter, we also get 131072 taps with unchanged function.